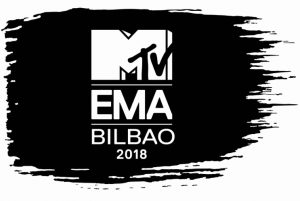 NEW YORK/BILBAO—OCT. 17, 2018—MTV will honor Janet Jackson with its 2018 “Global Icon” award at the “2018 MTV EMAs,” one of the biggest global music events of the year that celebrates the hottest artists from around the world.

Jackson will perform a medley of her greatest hits including her recent smash single, “Made for Now.”

Janet Jackson is one of the most influential entertainers of the modern era. Her recent single, “Made For Now,” with Reggaeton superstar Daddy Yankee debuted at #1 on iTunes charts and the video currently has nearly 45 million views. Her music has won her 6 GRAMMY® Awards, 2 Emmy Nominations, a Golden Globe Award, a nomination for an Academy Award along with dozens of American Music Awards, MTV Video Music Awards and Billboard Music Awards. She has received accolades as an actress as well including the NAACP Best Supporting Actor award. Janet is a published author, dancer, businessperson, philanthropist and one of the biggest-selling artists in popular music history. With sales of over 160 million records worldwide, Janet Jackson stands as one of the best-selling artists of all time with a string of hits that have left an indelible impression on pop culture. Her music and artistry has opened doors through which other top artists have followed, many acknowledging her impact on their musical perception.

“Janet is without question one of the world’s biggest stars.  Her incredible artistry has opened doors for countless others while leaving an indelible impact on pop culture – well over  3 decades and counting,” said Bruce Gillmer, global head of music and talent, Viacom and co-brand head, MTV International.

“We’re thrilled to honor her as this year’s MTV Global Icon.”

Also live today, fans in the UK, Germany and France can win an exclusive opportunity to attend the “2018 MTV EMAs” by recording and posting their unique red carpet looks using a specially designed “red carpet” sticker and filter in TikTok—the leading global destination for short-form mobile video—and tagging #MTVEMARedCarpet for the chance to win in-house seats. Fans in these countries can submit their #MTVEMARedCarpet poses on TikTok through October 21st at 11:59pm GMT.

The “2018 MTV EMAs” will air live around the globe from Bilbao Exhibition Centre, Spain on Sunday, November 4 at 9:00pm CET, and across MTV’s global network of channels in more than 180 countries and territories, reaching more than half a billion households around the world.

Additional performers will be announced in the coming weeks.

Official sponsors of the “2018 MTV EMAs” is the movie Overlord.

Voting is now open to the public at mtvema.com until November 3rd  at 11:59pm CET.

ABOUT THE 2018 MTV EMA
The 2018 MTV EMAs, in partnership with the movie Overlord, will broadcast LIVE on Sunday, 4th November at 9pm CET from Bilbao Exhibition Centre, Spain. One of the biggest global music events of the year that celebrates the hottest artists from around the world, the MTV EMAs bring music fans a unique, multi-platform experience across MTV’s global network in nearly 180 countries and 450 million homes around the world, connecting with over 350 million fans across all social media platforms. Follow @MTVEMA on Facebook, Twitter, Snapchat (@MTVEMA) and Instagram, and join the conversation with #MTVEMA. Bruce Gillmer and Richard Godfrey are Executive Producers for the 2018 MTV EMAs. Debbie Phillips and Ceire Deery are Producers. Hamish Hamilton is Director. For MTV EMA news, updates and press materials please visit press.mtvema.com.